Fearless.
Confident.
Champions for
the Underdogs. 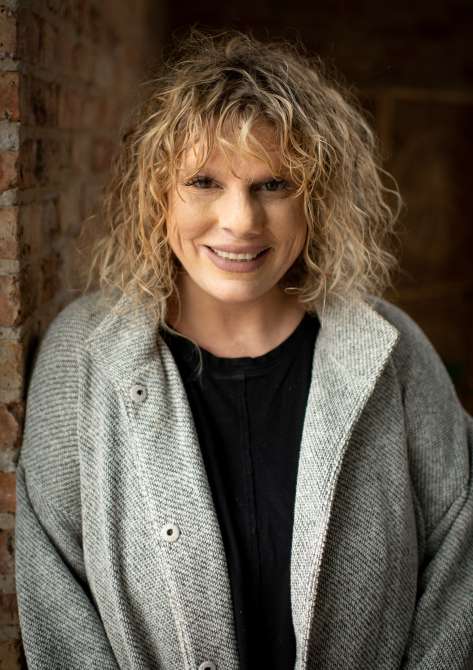 Atty. Jessa Nicholson Goetz is the founding partner of Nicholson Goetz & Otis, S.C., and is widely regarded as one of the most skilled sensitive crimes defense attorneys in the State of Wisconsin. While Nicholson handles all types of state criminal charges, her focus has been on defending individuals accused of what can be the most controversial and serious crimes in our justice system – sexual assault (of both adults and children), homicide, attempted homicide, and child abuse.
Nicholson has extensive jury trial experience, and has had great success obtaining “not guilty” verdicts in dozens of cases, including charges of 1st Degree Sexual Assault of a Child, 2nd Degree Sexual Assault of a Child, 2nd Degree Sexual Assault – Use of Force, Aggravated Battery, 1st Degree Reckless Injury, and a number of other charges. Nicholson is particularly proud to have been twice awarded the Martin Hanson Memorial Advocate’s Prize by the Wisconsin Association of Criminal Defense Lawyers (WACDL), which is only given when an attorney receives a complete acquittal in a homicide case. Nicholson won a Restricted Controlled Substance – Homicide charge in 2013 and was the architect of the innovative Not Guilty by Reason of Insanity defense that led to NGI verdicts for a Dane County double homicide in 2015.

In addition to the national media attention Nicholson’s 2015 double homicide trial brought, she has handled a number of high profile cases and is comfortable navigating the often complicated relationship between an accused person and the press. Nicholson has handled several cases that have garnered widespread media attention. Nicholson’s work has been discussed in The New York Times, she has been quoted as a legal expert in the Wall Street Journal as well as locally in both Wisconsin television and print media. Feature articles have been written about Nicholson in both the Wisconsin State Journal and the Capital Times, and she authored a column for Wisconsin Lawyer Magazine in 2013 discussing the challenging topic of representing an “unpopular” defendant in a high profile case. She was retained by Channel 3000 to be their paid exclusive legal expert during the Rittenhouse trial, while also lending her perspective to National Public Radio’s nationwide audience.

Nicholson has been honored in her field by receiving a number of awards, including:

Speaking of awards, in September 2021 the Wisconsin Association of Criminal Defense Lawyers created an award to honor lawyers that were able to successfully secure an acquittal for felony sexual assault cases, which are some of the most challenging cases to defend. The award is named the Kuchler-Nicholson-Stilling award, after Donna Kuchler, Kathy Stilling, and…you guessed it. Both Donna Kuchler and Kathy Stilling were winding down their practices at the time, while Jessa was only 38 at the time the award was named. They were each presented with an honorary award part of being its namesake. Not one to rest on the laurels of an honorary award, Jessa won her first KNS award in January of 2022 for an acquittal on 3rd degree sexual assault in Brown County.

Nicholson has also had substantial success litigating pre-trial motions, receiving favorable rulings with respect to piercing rape shield law, suppressing evidence, severing crimes/charges, and excluding prior bad acts, all of which have served to protect her clients’ rights to a fair trial.
Nicholson is highly regarded by her clients, as well. A small sample of client testimonials speaking to Nicholson’s work can be found here.
Nicholson is a member of the Wisconsin bar and belongs to a number of organizations, including:
Nicholson graduated magna cum laude from the University of Michigan – Ann Arbor, with undergraduate degrees in Economics and History of Art (2003.) Nicholson made the Dean’s List and graduated cum laude from the University of Wisconsin – Madison Law School in 2006.
When Nicholson isn’t working, she still finds herself drawn to criminal law and legal issues. Nicholson coached high school mock trial for a number of years, and now acts a “judge” in both mock trial and moot court proceedings at the high school, college, and law school levels. She has acted as a consultant and received editorial credit from the hit audio drama podcast Deliberations, and hosts a popular legal podcast along with Nicholas Gansner, Getting Off. She also enjoys spending time with her husband, James, and their two dogs, Avon and Alibi. 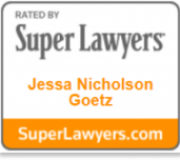 Learn more about how we can put this experience to work for you. Call 608-237-6854 or contact us online for a free 30 minute initial consultation about your criminal defense or family law case at our office in the heart of downtown Madison. We also offer off-site, weekend and evening appointments upon request.